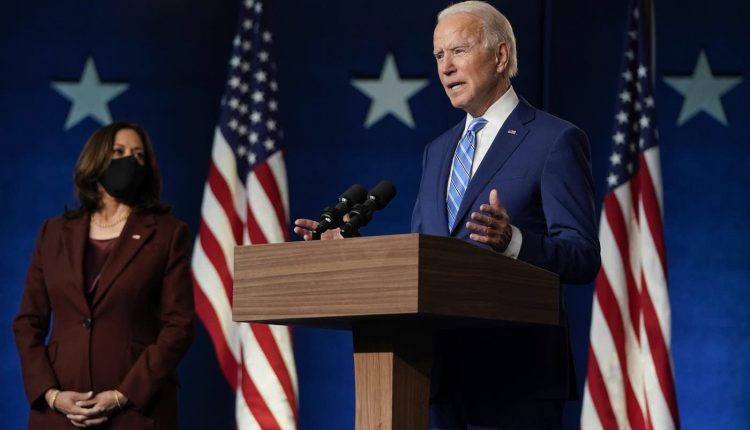 At a moment of extraordinary tumult and pain, America has elected a man haunted by grief, with a seemingly boundless capacity for resilience, to be the country’s next president.

Joe Biden sought the presidency twice before serving as vice-president for eight years in the Obama administration, a role that might have been the capstone of his decades in public life.

But after the election of Donald Trump four years ago, Biden believed he had one last mission. Casting the 2020 election as a “battle for the soul of the nation”, he challenged the incumbent, and the country, on the strength of their characters.

“Character is on the ballot,” Biden told voters again and again, as he promised to be a leader who was empathetic and decent, traits that his opponent saw as weaknesses. Biden told the nation that his life and career had taken him through extraordinary highs and unimaginable lows, and what he had learned from those experiences made him the right man for this moment.

“The Bible tells us there’s a time to break down, and a time to build up. A time to heal – this is that time,” he said, citing Ecclesiastes in one of the final speeches of his campaign last week. “God and history have called us to this moment and to this mission.”

Biden became the second youngest senator in American history when he was elected days before his 30th birthday, upsetting a long-serving Republican who few believed was vulnerable. Now, nearly half a century later, the 77-year-old will be sworn in as the oldest president in American history, while the former California senator Kamala Harris will be the first woman and the first woman of color to serve as vice-president.

Biden was born in Scranton, Pennsylvania, a hardscrabble former coalmining town that would later serve as the backdrop for the American version of The Office. Though Biden’s father, out of a job, moved the family to Delaware when he was just 10, his hometown roots have defined his political persona as an “average Joe” and a man of the people.

Barack Obama, out on the campaign trail for his former vice-president last month, introduced Biden as the “scrappy kid from Scranton”.