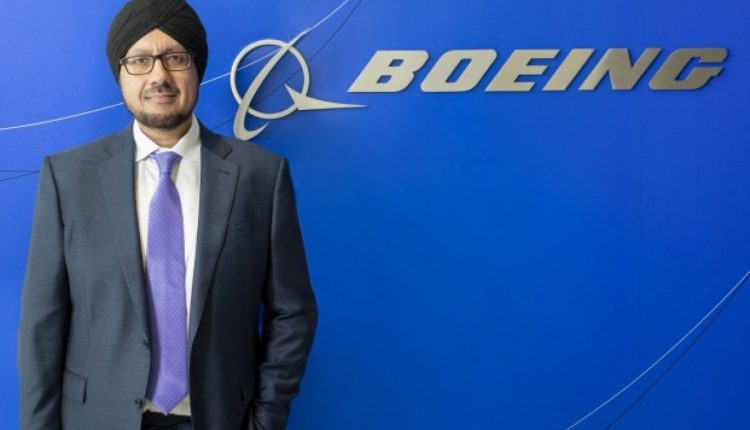 The Boeing Company announced the appointment of Kuljit Ghata-Aura as the new president of Boeing Middle East, Turkey and Africa (META), excluding the Kingdom of Saudi Arabia, effective September 30 2021. Ghata-Aura succeeds Bernie Dunn, who is leaving Boeing after more than nine years with the company in the region.

Ghata-Aura, who is returning to the Middle East, Turkey and Africa region, will be based in Dubai. He will be responsible for leading all companywide activities and developing and implementing strategies for a region that is home to some of Boeing’s largest commercial, defense and services customers.

Ghata-Aura, who previously served as the regional counsel for Boeing India, Middle East, Turkey and Africa for almost six years, will oversee the company’s new business and industrial partnership opportunities, safety and sustainability efforts, government affairs and corporate citizenship. He also will oversee Boeing’s efforts to expand its presence and strengthen its relationships with customers and other stakeholders in the region.

“It gives me great pleasure to announce the appointment of Kuljit Ghata-Aura as the new president of Boeing Middle East, Turkey and Africa. Kuljit brings a wealth of experience to the role from many of Boeing’s most important markets and businesses, including the Middle East, Turkey and Africa region, where he has spent considerable time. I look forward to working with Kuljit to drive further growth in the region,” said Michael Arthur, president, Boeing International. “We thank Bernie for his great contribution to the growth of Boeing’s presence in the META region over the last seven years and wish him well for the future.”

Boeing’s presence in the Middle East, Turkey and Africa goes back several decades. Boeing has offices in the United Arab Emirates (UAE), Turkey, South Africa, Egypt, Kuwait and the Kingdom of Saudi Arabia. The company also has several industrial and academic partnerships in the region. Today, the region is one of the world’s fastest-growing commercial airplane markets, and its defense needs are rapidly expanding.

“I am delighted to return to the Middle East, Turkey and Africa region in this significant leadership role and rejoin my colleagues as we continue to focus on partnering with all stakeholders in one of the fastest-growing and important markets for the company in META. Boeing has a strong presence in the region and there continues to be unique opportunities. We are, and continue to be, committed to working closely with the civil aviation and defense authorities and our customers to help achieve the region’s aerospace ambitions and objectives,” said Ghata-Aura.

Ghata-Aura joined Boeing in 2010 and has held several leadership roles for the company in Europe, Russia, Israel, India and the META region. In addition to being the regional counsel for Boeing India, Middle East, Turkey and Africa for almost six years, Ghata-Aura also held the role of director of market development for UAE from 2015-16. Prior to joining Boeing, Ghata-Aura was a partner at a large international firm practicing cross border mergers and acquisitions. He is a graduate of Oxford University.

As a global aerospace company, Boeing develops, manufactures and services commercial airplanes, defense products and space systems for customers in more than 150 countries. As a top U.S. exporter, the company leverages the talents of a global supplier base to advance economic opportunity, sustainability and community impact. Boeing’s diverse team is committed to innovating for the future and living the company’s core values of safety, quality and integrity.