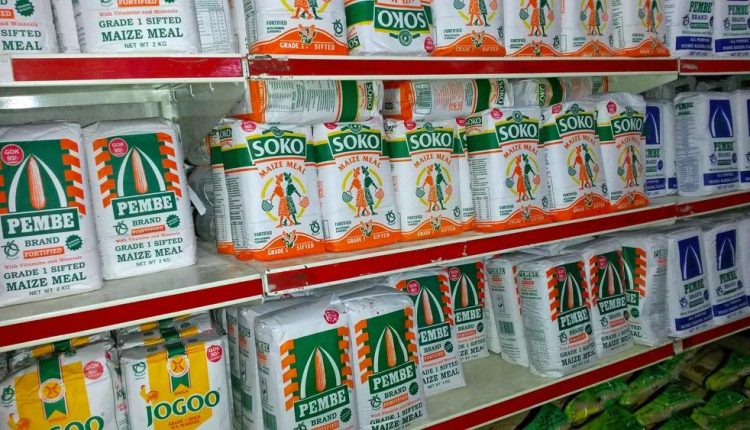 Agriculture Cabinet Secretary, Peter Munya, has assured Kenyans that the soaring maize flour prices are yet to drop in the next few weeks following a raft of measures put in place by his ministry to cushion Kenyans against the high cost of living.

Traders have been selling the 2-kg packet of flour between Ksh200 and Ksh250.

Munya, while speaking at Namanga One-Stop Border Point (OSBP) in Kajiado this Tuesday issued a directive suspending taxes and levies on imported maize.

“We (the government) are looking for ways of addressing the cost of maize which has affected every home in the country. Maize is the staple food in the country,” Munya said.

“We do so (suspend levies) as we wait for the other maize millers were authorized to import which is likely to arrive within this period.”

Having met with a multi-agency team to deliberate on the decision in order to assure Kenyans don’t suffer more from the food scarcity burden.

This is an aim at offering relief to consumers who have been grappling with hiked prices of one of the basic commodities in the country.

The suspension, according to the CS, will last for three months as the government finds a long-lasting solution to the highly risen living standards. 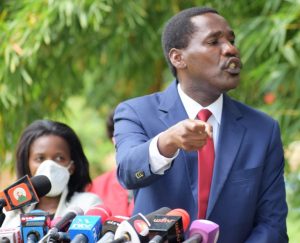 Adding that only authorized dealers will import duty-free maize during the 90-day period.

“We are tracking down individuals believed to have hoarded maize and they will be punished according to the law. Those unscrupulous agents should brace themselves for price reduction and should not complain nor find ways to circumvent our order.”

He noted that the duty-free maize will curb the maize shortage in the country as millers gear towards importing maize as authorized by the national treasury.

In May, Treasury CS, Ukur Yatani, allowed the dealers to import the commodity on the condition that it does not contain any GMOs.

“In consequence of the notification of an impending maize crisis in the country by the Cabinet Secretary for Agriculture, Livestock Fisheries and Co-operatives, a waiver of import duty has been granted for the importation of not more than 540,000 metric tonnes of white non-genetically-modified organism (GMO) maize grain.

Yatani had quoted, “the waiver of import duty shall apply to white non-GMO maize imported into Kenya on or before August 6, 2022.”