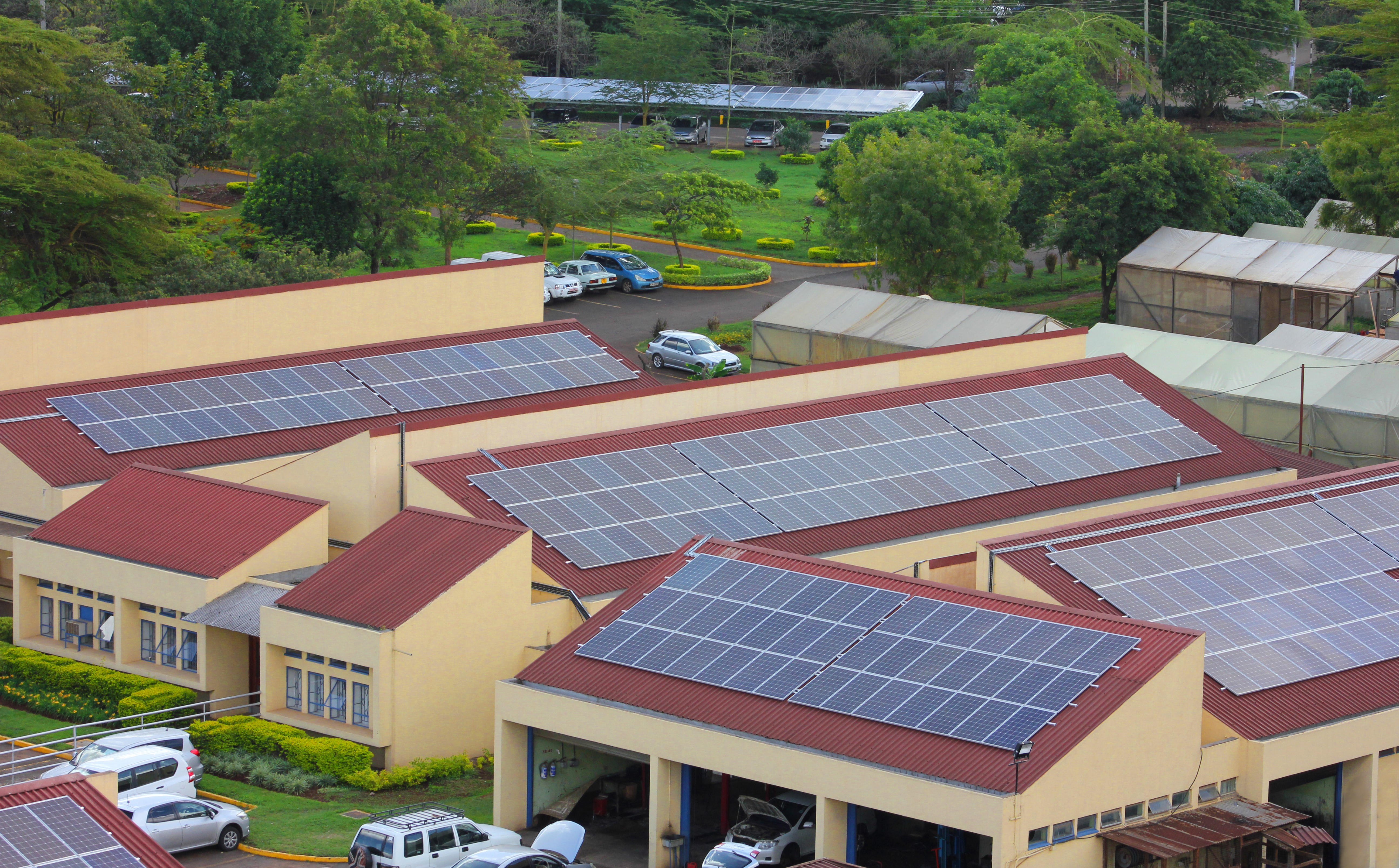 The new power system will help the research institute to  cut power costs by 40 per cent.

The International Center of Insect Physiology and Ecology (icipe) on Friday, commissioned two solar photo voltaic (PV) power plants at its Nairobi and Kisumu stations. The plants consist of a total of 3984 PV modules and have have a combined generating capacity of 1156 kiloWatt peak (kWp), were installed on rooftops on both icipe campuses in Nairobi and Mbita. Another 220 PV modules have also been fixed on various facades, such as carports. In addition, a hybrid system consisting of battery banks capable of supplying up to five hours of uninterrupted power, has been installed Mbita Campus. According to Dr Segenet Kelemu the Director General of icipe the new PV plant will assist the research institute minimize on power costs by at least 40 per cent while also reducing electrical equipment damage resulting from frequent power surges experienced at the firm’s Mbita campus. The  installation of solar PV plants, part of which have been operational since December 2016, and were funded by the  Swiss Agency for Development and Cooperation  (SDC) and was designed by Solar Century. Solar uptake has been on the rise in east Africa. However Ben Davies, Solar Century’s General Manager Africa say huge potential still remains untapped. “Lack of enough demonstrative projects for solar could perhaps be blamed for the slow uptake of solar among large corporate. Since venturing into the Kenyan market, Solar Century has built solar plans for  the Garden City Mall, London Distillers and Africa Logistics Property.  .