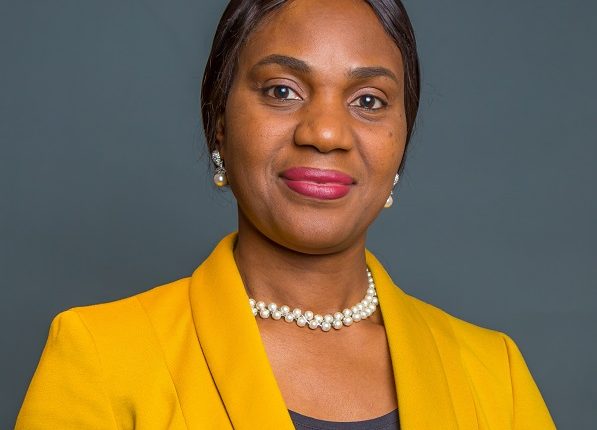 With a history of women often feeling they should simply be content with what they have, it is wonderful to see more and more support for women to persevere and pursue the extraordinary, reach for the stars, and achieve the until-now-impossible.

Too often though, we neglect the opportunity to marvel at the ordinary – the countless regular ways women are making a difference, paving the way for the women that will follow them.

Earlier last month, I had a great reminder of this at the Forbes Woman Africa Leading Women Summit 2021, which was presented by Mastercard. It has been so reassuring to be reminded that inspiring women don’t start out being extraordinary.

Regardless of where they start in life, most have had to push through hardship and sadness, manage bias and political unrest, face health challenges and circumstances that turned mole heaps into seemingly unsurmountable mountains.

Some women make it look so easy of course. A personal highlight for me was the keynote interview with Ngozi Okonjo-Iweala, former Nigerian Finance Minister and the first female African Director General of the WTO.

With so many achievements and inclusions on the lists of most influential people and greatest world leaders, it’s quite powerful to realise that she also contended with a civil war that took young lives and interrupted education, and experienced the frustration of limited infrastructure – carrying her sister several kilometres to a clinic to be treated for malaria, and fetching water from a stream, while temporarily living with her grandmother in a small village.

Tangible benefits of a low-touch economy

Walking half an hour or more to fetch water is a regular occurrence for an estimated 14 million women in Africa, but millions more are trapped in high-risk cash-based environments, without access to the digital economy. As part of the panel discussion I participated in, we discussed the rise of the low-touch economy, and how crucial financial and digital inclusion have become in a pandemic world.

In Sub Saharan Africa, the World Bank estimates barely four in ten women have a bank account. Yet, these same women are raising children, putting food on the table, teaching life lessons, helping other women, and making ends meet. They often do this with an unstable cash income, despite the extraordinary entrepreneurial spirit of women in African countries, as highlighted in the latest Mastercard Index of Women Entrepreneurs. And their incomes have been put under even more pressure in the wake of a devastating pandemic that has disproportionately affected women.

Let’s imagine for a moment…

We already know that women are instrumental in advancing communities. What would happen if these women were digitally included in the financial system? What if they had access to the continuity that digital payments and disbursement systems offer?

Without the uncertainty of cash weighing down their efforts, we could see the contributions of women vastly ramping up prosperity in communities – they would have more time to follow their passions, to confidently grow businesses in a digital age and to inspire the next generation of women. We are already seeing how this changes the landscape for women entrepreneurs in Kenya, who can access micro credit through Jaza Duka, and for mothers in Uganda, who can keep paying for their children’s education in small, affordable instalments through Kupaa.

The next generation of women are already making their mark. Girls4Tech is one program that’s making sure this happens. An exciting adventure of coding and cryptology facilitated by Mastercard employee volunteers, resulting in 8- to 12-year-old girls from Nigeria to Kenya finding solutions and seeing themselves as engineers, app developers and data scientists.

A previous generation may have found this revelation and possibility quite extraordinary. How fantastic that we can enable more girls to consider this an ‘ordinary’ realization – just some of the many things they can consider, aspire to, and be.

Whereas the previous generation may have bravely challenged the status quote with a “we can try to change this”, the new generation is fantastically fearless and far more likely to say “yes, we can change this”.

As a mum of three girls, this is what excites me the most. Tomorrow’s women don’t think in terms of barriers, constraints, or restrictions. Their borders are not communities or even countries. They are thinking bigger, globally, beyond the realm of where tradition only may have coaxed their thoughts and ideas. They are ready to design the future products and solutions that will bring more of the ‘extraordinary’ into the realm of ‘ordinary’.

Africa is filled with possibility, and it’s the potential in women that can really lift the continent to previously unexplored heights. Extraordinary heights that can be reached – one ordinary step at a time.