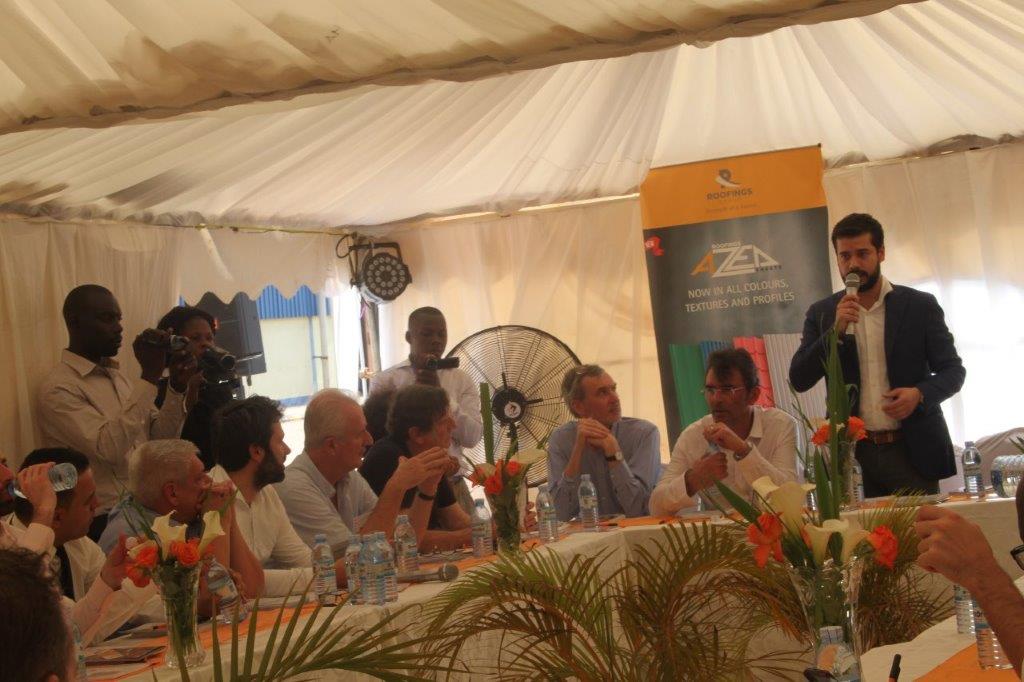 It’s a boom for Sub Saharan Africa’s real estate and construction sectors as more projects continue to crop up in countries within the region. Uganda, for instance, is looking at fixing the rocket high housing deficit that currently stands at 1million housing units demanded annually.

Thus, individual developers and real estate firms must look for more space to put up houses to bridge this gap. And while doing this, they’ll be looking at standardized, durable and quality products and not for substandard materials that will cause such investments crumble down and cost lives few months after construction.

These are the kind of products Roofings Group, Uganda’s leading steel manufacturer, has been offering in the market. And it’s been rewarded doing it. The company attained the prestigious Suberbrands Status in 2016 for being among the top quality brands in East Africa, one of only six Ugandan firms recognized at the awards ceremony in Nairobi.

Oliver Lalani, the firm’s Executive Director, says they have combined the latest technology from more than five countries to produce some of the leading products in the region, including the recently launched Aluminium Zinc iron sheets.

“We have invested about US$135million over the last few years to manufacture some of the highest quality steel products, which have received very positive uptake in our target markets. The recently launched AZED iron sheets, for instance, have made positive returns in our local and regional markets,” Lalani says.

“About 7,000 tons of plain and colour coated AZED sheets produced each month have been sold out and clients appreciate their affordability, aesthetic appearance, excellent corrosion resistance and adhesion that lasts up to five times longer than conventional iron sheets.”

The AZED product partly contributed to the company’s excellent performance in exports to foreign markets last year, a move that warranted the Presidential Export of the Year 2016 Platinum Awards, which was issued by Uganda’s President Yoweri Museveni.

The President’s Exporters’ Awards seeks to recognize the achievements of companies that continue to work towards a vibrant and dynamic export sector of the economy.

Being the leading exporter over other companies in Uganda in 2016, Lalani says, RRM attracted to its financial books returns worth US$45million, courtesy of its consistency in providing quality customer-centric products, innovativeness and staff commitment and professionalism.

Roofings Group was also recognized by Uganda National Bureau of Standards (UNBS) as the champion of the construction sector for its remarkable contribution to the fast growing industry during the year.

Since launching operations in Uganda in 1994, Roofings Group has consistently invested in backward integration linkages which have significantly impacted the product value addition. This was further evidenced by the investment in RRM, namanve, which brought $135 of investment into the economy.

“Previously, we imported galvanized wire, coloured and galvanized coils and rebar. Today, we import the basic raw materials and add value to them. And it is this trend that will help Uganda achieve her goals of becoming a middle income country by 2040,” Lalani said in a past media brief.

The company is now looking at exploring the huge opportunities in the massive infrastructural projects in East Africa. It plans to partner with various states’ ministries in the region in a bid to supply products to the projects, including the construction of Standard Gauge Railway (SGR).

The Executive Director also says they are set to seize opportunities yet to be created once the country commercializes the over 260 million tons deposits of hematite and magnetite iron ore found in the Western part of Uganda; minerals that would be essential for developing the steel industry.

“As a key player in this sector, we will be greatly privileged to access this resource locally and thereby cut huge costs of logistics on importation,” Lalani says.

The pact brings together Africa’s largest trading communities such as the Southern African Development Community (SADC), the East African Community (EAC) and the Common Market for Eastern Africa (COMESA) into a coalition that opens up a wide market for local products.

“We now expect to grow our distribution channels from the six countries of Eastern Africa where we currently operate to many more across the expanded territories,” Dr Kyeyune says of the pact, which regional policymakers and some analysts have hinted as a potential game changer for African trading system, Brookings reports.

The Economist also says the company is currently looking at ways of reducing cost of production, as a way to determining fair pricing of its products. They are, therefore, seeking government support on regulating power tariffs to reduce further the cost of power and increase its supply consistency.

Lalani, on his part, sees a challenge in the influx of substandard products in the market. He regrets that the trend has been a drawback to marketing quality products in the region.

“This is why we installed a laser jet identifier printer to distinguish our products from others in the market. And to defend our copyright identity and quality,” he says.

The Executive Director believes there are more opportunities in the steel industry. And they are keen on capturing them as they seek to be the leading manufacturer of such products in Africa.