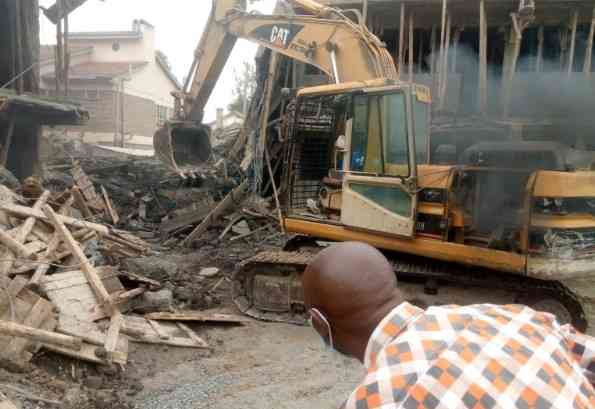 According to eye witnesses, they mention having heard a loud bang as the section of the building went crumbling down with labourers on the site.

Confirming the incident, Isinya Isinya Deputy County commissioner Justus Musau noted that the mid-morning incident occurred after a section of the building caved in during construction.

“It is officially confirmed that two people, both men, died this morning after a building under construction in the EPZA area collapsed,” Musau said.

It is reported that the building which has three blocks was an upcoming school. Though the building has no signboard of who the contractor is.