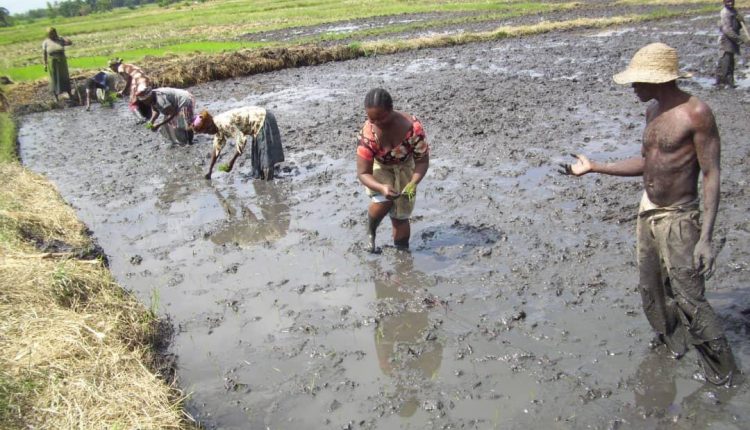 To analyze the dynamics of agricultural commercialization and agrarian change across East, West and Southern Africa, an e-dialogue was recently convened by the Agricultural Policy Research Program (APRA) in partnership with the UN Sustainable Development Solutions Network (SDSN) and Foresight4Food (F4F).

The event began with participants engaging in three parallel regional presentations and discussions for East, West and Southern Africa, and culminated in a continental-level panel involving expert commentators and audience questions.

The East Africa session focused on agricultural concerns in Ethiopia and Tanzania. APRA Ethiopia country lead, and country representative of Stichting Wageningen Research Ethiopia of the Wageningen University in the Netherlands, Dawit Alemu, launched proceedings by using examples from the Fogera Plain to review the dynamics of rice commercialisation and agrarian change in Ethiopia.

Gideon Boniface, an APRA researcher in Tanzania, reviewed how small-scale processors support agricultural commercialization among smallholder rice farmers in the region, before Aida Isinika, APRA Tanzania country lead and professor at the Sokoine University of Agriculture, spoke on the connections between rice commercialization, livelihood outcomes and women’s empowerment in Tanzania.

Ntengua Mdoe, also a professor at the Sokoine University of Agriculture, explored correlations among sunflower commercialization and livelihood diversification and poverty reduction in Tanzania’s Singida Region.

Making the most of regional solutions

To start wider discussion on these topics, Dr. Mary Mutembei, head of the Rice Promotion Program at the Kenyan Ministry of Agriculture, emphasised the common situations and solutions across the region, saying, “There is a lot we can learn from each other.”

On the solutions side, she noted that the creation of rural-urban markets can generate jobs in rural areas through the commercialization of value chains and help reduce rural-to-urban migration. She also called on development partners and the private sector to come together to work towards the same goals, particularly in addressing challenges.

One example given is how mechanization and technology promote youth in agriculture, but unfortunately at the expense of women. She said: “We need to find ways to increase equity and inclusivity, even as we specialize and modernize.”

Alemu added that there is an untapped need for machinery suppliers and servicers, and this is an important opportunity to create even more jobs as service providers, while also supporting farmers. For instance, he revealed, Woreta in Fogera Plain was previously a town but has evolved into a city – “mainly as a result of the opportunities created through rice commercialization and different livelihood options in that part of the country.”

Expert commentator Isaac Minde, professor of agricultural economics, and associate director of the Alliance for African Partnership at Michigan State University, added that it is important to include other lenses, as “it may not be sufficient to concentrate on the technical and economic analysis of feasible solutions.” For example, political economy analysis would allow for a better understanding of key issues, such as how politics affects economic outcomes of value chains.

Mutembei added that food and nutrition security is another important lens, and there is a need to mainstream nutritional issues as sectors commercialize, as well as the need to be cognizant of how climate change will affect the value chain. She emphasized the power of information, and that “we need to have channels [through which] we can share information and encourage more participation.”

Following the regional discussions, participants and speakers from each came together to share the key points and draw conclusions on a continental scale.

Many focused on the issue of gender, with Patience Mutopo, founding chair and professor of the Centre for Development Studies at the Chinhoyi University of Technology, calling on the group to consider the ‘missing women’, and the need to engage them rather than consider them as victims.

Janice Olawoye, professor at the University of Ibadan, noted that when the incomes of women farmers rise, health and educational outcomes improve.

Kezia Batisai, associate professor at the University of Johannesburg, added that women need to be put into policymaking positions at all levels so they can become agents of change.

Abugre called for a systems approach which would also address land grabbing, the overuse of chemicals and other inputs, and a broader set of goals to be achieved by agriculture, such as human and planetary health.

Adelaja added that increasing populations, shrinking farm sizes, and climate shocks to this list, and said that Africa needs to become and remain self-reliant in terms of food production despite these challenges.

However, Isaac Minde, professor of agricultural economics and associate director of the Alliance for African Partnership at Michigan State University, emphasized the need to be realistic in terms of goal setting, policymaking, and monitoring, calling for achievable goals, implementable programs and prioritization of areas of investment.

This sentiment of looking to the future and ensuring sustainable progress was echoed by Dr. Mary Mutembei, head of the Rice Promotion Program at the Kenyan Ministry of Agriculture, who stressed the need to assess the impact and long-term benefits of transformational food systems on rural areas and disadvantaged groups.

Looking to the future

Closing remarks came from Ken Giller, professor of plant production systems at Wageningen University who highlighted several key action points, including the need to raise awareness of these issues among governments and policymakers and the necessity of finding solutions that are flexible and can be adapted to a wide diversity of contexts.

He particularly highlighted the persistent challenge that the poorest in Africa’s supply chains are left behind, and that they need more than commercialization and policies to reduce inequality.