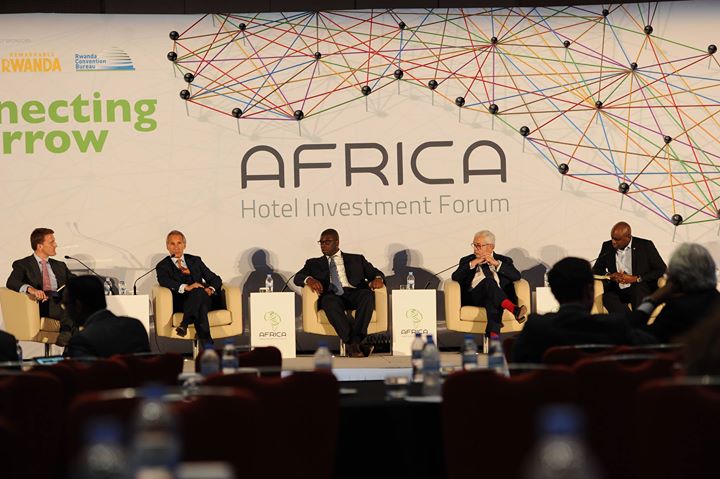 An impressive line-up of leading investors, on the look-out for the next successful project, will be just one of the highlights at Forum de l’Investissement Hôtelier Africain (FIHA) in Marrakech in February. The forum is the ninth edition of Africa’s leading hospitality investment conference, AHIF, and the just-released agenda lives up to its reputation.

The FIHA business event will unite North and West African countries to develop their economies and support hospitality investment, including tourism projects, infrastructure, entertainment and hotel expansion across the region.

In French and English with simultaneous translation, the forum’s agenda offers networking opportunities across two days, February 7-8. Business leaders will mingle with government ministers and officials. The headline finance forum on day-two will reveal the real demands of financiers: what are they looking for, what are their lending terms and what does it take for them to back a project? Serge Yanic Nana, President & CEO, FINANCIA Capital, Leila F. Mokaddem, Country Manager, Morocco, The African Development Bank, and Jonathan Kouassi, relationship manager, Societe Generale, Cote d’Ivoire, will be among the speakers taking part in a panel discussion moderated by Nawfal Bendefa, Managing Partner, REIM Partners.

And that’s not all, day-two will also feature fascinating one-on-one interviews with high-profile business leaders, starting the day with Pierre-Frédéric Roulot, CEO, Jin Jiang Europe & CEO, Louvre Hotels Group. Pierre-Frédéric spent 20 years with McDonald’s, becoming one of its most senior executives in Europe before joining Louvre in 2007. Following the acquisition by Jin Jiang in 2015, he successfully integrated the Louvre group into the Chinese conglomerate’s existing structure and gained additional top management roles.

An interview with the leading entrepreneur and visionary, Samih Sawiris, Chairman, Orascom Development Holding, will bring the event to a close. Samih is the founder and Chairman of Orascom Development Holding, a developer of integrated destinations that include hotels, villas, golf courses and marinas. The Group currently owns 35 hotels, with 8,135 guestrooms and over 1,000 rooms in development in various countries. He is also a major shareholder in Lafarge and in Orascom Construction Industries which has projects and investments around the world.

Day-one boasts a stellar line-up too. Not least, Mossadeck Bally, Founder and CEO, Azalai Hotels Group, who will reveal how he pioneered the independent African hotel brand and created a flagship chain in West Africa, providing employment to over 900 people with a major impact on local economies. Starting with one hotel in Bamako, he grew his portfolio of hotels across the region, competing with big international companies and striving to give a conquering vision of “African Business”.

More insiders’ views on development opportunities and challenges will come from leading operators, discussing their experiences of expanding their hospitality portfolios in the region.

FIHA will range from plenary overviews of the region’s macro-economic state of play, to intimate round table sessions, interactive discussion-based sessions that allow for plenty of frank discussion and networking. These will bring delegates up close to the key players specialising in business and leisure tourism segments.

For instance, there’ll be a Developing Hotel Projects Round Table, with a chance to question developers, operators, project managers and owners on their experiences. What are the main hurdles to consider? How to find the right partners and how best to define everyone’s role in ensuring successful and smooth project completion?

Extra nitty-gritty comes with a session, Investing in Hospitality, which will cover everything investors need to know but were too afraid to ask. For instance, what does performance look like for hospitality assets in the region and what are the returns for investors?

Other Round Tables include a choice of regional discussions, focussing on the nuances of doing business either in West and Central Africa or in North Africa, and a choice of market segments focussing either on business or on leisure.

Matthew Weihs, MD, Bench Events, said: “There’s increasing investor appetite for these markets and FIHA will lead the debate, help bring projects to the market and aid local owners and investors to decide on new partnerships, joint ventures and deals.

“FIHA is the only top-calibre, francophone investment forum for Africa’s hospitality sector, at which delegates can be confident to gain genuine insight from the leaders of the industry, to participate in relevant, high-level networking activities and to lay the foundations for promising future business relationships.”

To approve a single suggestion, mouse over it and click “✔”
Click the bubble to approve all of its suggestions.
Log in
to use Ginger
Limited mode
top-caliber, a francophone investment forum for Africa’s hospitality sector

Covid-19 impact: What happens to your visa and travel plans now?