Greed and bribes to blame for ‘killer buildings’ 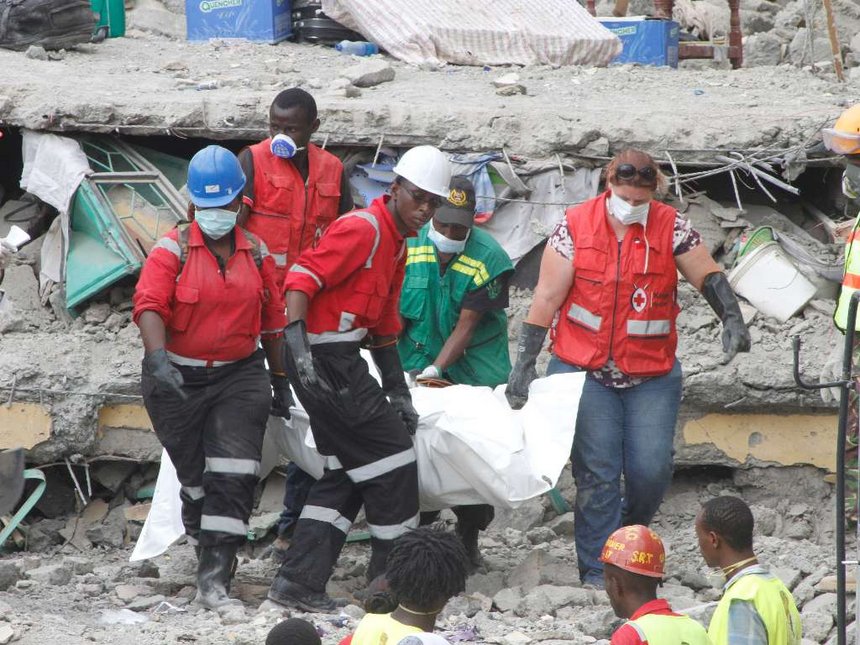 Memories of the tragic and gruesome Huruma building collapse in Nairobi are still fresh in our minds.

Over 50 lives were lost and hundreds left homeless. But who will save Kenyans from these towers of blood and death?

Cabinet Secretary for Lands, Housing and Urban Development Jacob Kaimenyi seems to be pondering on a way out of the bloody mess in the building and construction sector.

The CS attributes the rising number of tumbling buildings to lack of policy framework, non-professionalism and an inadequate maintenance culture among tenants and proprietors.

He says there are no certified and regulated professionals who handle maintenance issues, adding that even in cases where there are trained personnel, there is still no proper regulatory framework for such professional services.

“The state of affairs in the sector is worrying and needs to be addressed urgently,” says the CS in the latest National Building Maintenance Policy paper.

Since independence, Kaimenyi says, there has been no comprehensive policy framework for maintenance of buildings, leaving room for individuals to use dangerous and incompatible materials for building or repair work.

The CS decries that many individuals, organisations and agencies do not take building maintenance seriously and would spend their money on things like vehicle maintenance instead.

“This results in continued deterioration of buildings to uneconomical levels even if they were structurally sound initially,” he says.

Cases of buildings tumbling down, injuring and killing people are not new in Kenya, and more specifically Nairobi. In fact, the cases have skyrocketed to an alarming level in the past few years.

Recently, a building under construction collapsed in Roysambu, just behind the TRM mall on Thika road, killing at least seven people and leaving scores others injured.

A number of reasons have been given why more and more buildings are collapsing, including questionable cost-cutting measures by contractors.

“Although there are cases where engineers  have made mistakes in design, it is common knowledge that with the ever rising demand for housing in the country, some developers have resorted to short cuts to avoid paying competent structural engineers,” says Geoffrey Lidonga, a Nairobi-based construction and business development manager.

“A building meant to be three storeys cannot go up to six floors because it is designed to withstand dead load or its own weight and live loads, which are the weight of persons and objects within the building as well as the weight of wind, rain and hail,” he says.

Once a structure loses the ability to carry these loads, then it’s destined to collapse, Lidonga says, adding that in some cases, the contractor is not a qualified or experienced engineer.

“Structural engineers with experience and knowledge of materials, minimum specifications, building codes and structural systems should be hired to design the structure to avoid the risk of collapsing,” Lidonga advises. 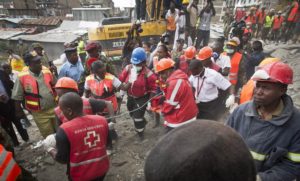 The foundation, he says, should also be designed correctly and in accordance with the building’s function and the soil conditions.

Expertise aside, many property owners and developers are rushing to take advantage of the housing demand to put up sub-standard buildings, exposing Kenyans to danger.

Recent industry reports show that Nairobi alone requires over 200,000 housing units per year to meet demand from the growing middle-class by 2030.

“This has led to greedy property owners resorting to the use of short cuts and bribes to make quick bucks at the expense of people’s lives,” says Lidonga.

Most of them, he adds, put up buildings without following due diligence. They also use semi-standard materials and services to spend less money.

“Apparently, services of building professionals are too high for greedy developers who, in trying to stretch finances acquired through bank loans, are tempted to cut corners by bribing the approving authorities,” says Lidonga.

CS Kaimenyi says the ministry, in consultation with stakeholders, is preparing a National Building Maintenance Policy paper that will cover design concepts and construction materials to be incorporated during building.

These, Kaimenyi says, will also be used for mobilisation of maintenance funds, standards, building surveyors and community participation in neighbourhood associations.

The policy, according to the CS, has been benchmarked with the best international models, practices and principles including environmental sustainability, safety and healthy, cost efficiency, risk and disaster management.

Though the government and the authorities are talking tough following the Huruma incident, it remains to be seen whether or not they will bring order and sanity to the building and construction industry.

‘Lioness of Africa’ knows no limits