Kenya’s cost of living has hit unprecedented highs with prices of basic commodities being out of reach for many citizens.

This has largely been attributed to global shocks and vagaries of the weather. The Russia-Ukraine war and the steep rise in fuel prices have particularly featured as major reasons for the situation we find ourselves in.

But these analyses have to a large extent been silent on the gaps in the agricultural sector and how they are fanning the current dire situation.

Kenyan food producers, a bulk of them who are smallholder farmers, have had to contend with traditional threats to food production including pests, diseases, and weather vagaries.

Now they have been faced with new challenges that are aggravating food production shortages and ultimately fan food insecurity and starvation.

Critical agricultural inputs such as fertilizer and sand seeds are crucial in farming and farmers bet on them for bumper yields. Yet in a surprising move, fertilizer prices have shot from about Ksh 2,500 to around Ksh 6,000 in the last 12 months, keeping the vital commodity in the stockist’s shops due to the inability of farmers to afford it. The result is the undesirable low yield and high cost of farm produce due to anticipated shortage.

Medium and largescale producers on the hand are constrained by diminishing returns on investment and find it increasingly difficult to make a meaningful earning from the high cost of inputs.  These could either stop using fertilizer or reduce application with the same effect – reduced production.

It is amidst this concern the proposed amendment of the Value Added Tax (VAT) Act to allow a charge of 16% VAT on fertilizer threatens to increase farm input prices and reduce affordability, but it also has the potential to increase food prices, a situation which would hurt an already burdened population.

This will ensure that any dire consequences are avoided, and more significantly, that Kenya continues to ensure food security for all its citizens.

The cost and shortage of fertilizer are a global challenge at the moment due to various reasons, mostly the war in Ukraine. Prices for raw materials that constitute the fertilizer market — ammonia, nitrogen, nitrates, phosphates, potash, and sulfates — are up 30% since Russia invaded Ukraine. In 2021, Russia was the world’s top exporter of nitrogen fertilizers and the second-largest supplier of both potassic and phosphorous fertilizers, according to the U.N. Food and Agriculture Organization.

The proposals to remove zero rates on fertilizer at a time farmers cannot afford the already steep prices have increased fears the country could exacerbate starvation considering smallholder farmers who form the bulk of producers are planting without fertilizer due to the high cost. 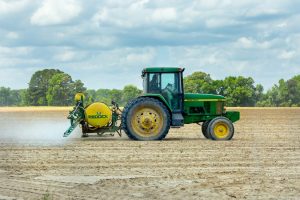 Farmers cannot afford to produce without fertilizer as the soils in our country have become tired and unproductive. But the rate of fertilizer adoption and use has been dismal. Studies have indicated that the average fertilizer application rate in various Sub-Saharan African countries including Kenya is dismal which has affected productivity and more than tripled the food deficit.

Since the beginning of 2020, nitrogen fertilizer prices have increased fourfold, while phosphate and potash prices have over threefold 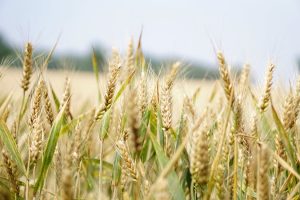 Economies around the world are already dealing with historically high inflation driven largely by soaring food and energy prices. The U.N. Food and Agriculture Index shows food prices are at an all-time high, and Lawson suggested that a prolonged period of fertilizer shortage will affect longer-term farming yields.

As Kenyan farmers grapple with numerous traditional and emerging threats including pests, diseases, and weather changes, access to the all-important inputs like fertilizers should be enhanced to ease their pain. The high cost of fertilizers means less planting and fewer yields, meaning more food imports and less local production which will fan food insecurity.

As the National Assembly begins to debate the Finance Bill 2022, they must be alive to the plight of farmers and reduce VAT on fertilizer to 0 percent, reduce import duties like Import Declaration Fee (IDF) and Railway Development Levy (RDL) to 0 percent to save farmers.

But more importantly, the government should seek constant dialogue with agriculture sector players including farmers and the private sector in a bid to find lasting and sustainable solutions that create a conducive environment for farmers to produce food easily and for agriculture, the lifeline of the economy, to flourish.

Sustainability is critical to a scalable and thriving business. Here’s how…