Dr. Michael Kariuki and Dr. Nick Mutisya, from the University of Nairobi’s Faculty of Medicine emphasize that research and scientific evidence, tells the most significant conclusion to be remembered surely must be that for people who are struggling to quit smoking, tobacco-free nicotine products can assist save their lives.

The move towards reduction of high rates of tobacco consumption is confronted by Government proposals that threaten to throw these efforts down.

Having conducted research that shows the Finance Bill 2022 contains the taxing increases aimed at discouraging the use of cancer-causing combustible tobacco.

An intention that is positively aimed though will instead lead to an increase in the use of unregulated and readily available tobacco products that are cheaper in the black market.

The excise taxes also called sin taxes have been used widely in the global arena to curb the consumption of harmful products, including alcohol and cigarettes.

The proposed taxes will rather deprive smokers the best chance of quitting while there is need to condemn disease and premature deaths as a result of this.

Meanwhile, less risky, tobacco-free nicotine products should be taxed at a lower rate to encourage smokers to switch to these safer alternatives.

For without this price differential, an incentive for smokers to give up tobacco is removed. 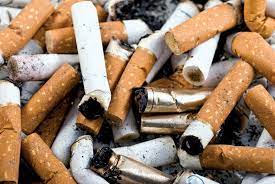 However, the Finance Bill’s proposals are skewed in such a way that they appear to be effectively promoting cigarettes over tobacco-free nicotine products in Kenya.

Since the Bill will effectively double the tax on e-cigarettes and nicotine pouches overnight, even though Kenya already has some of the highest nicotine taxes in the world.

These products, which can be used to save smokers’ lives, will effectively be priced out of the
reach of smokers who are struggling to quit.

For the increase will push e-cigarette users back to combustible cigarettes.

In his Budget speech announcing the Finance Bill, National Treasury CS Ukur Yatani said he was
targeting e-cigarettes to deter use by young people.

But all the nicotine products should only be sold to those 18 or over. If the government wants to prevent underage sales, they should focus on stopping black market sales by reduction of the Over the counter. Instead, they are helping to fuel that black market.

It’s been evident that when cigarette users burn tobacco, they inhale smoke that is filled with thousands of chemicals, some of which can lead to severe illness.
Hence through support of these various alternatives i.e. nicotine products, such as oral pouches and e-cigarettes, where there is no burning.

According to the World Health Organization, nicotine does not cause cancer, and thereby any risk is significantly diminished.

Royal College of Physicians shows that alternative nicotine products are at least 95% less harmful than traditional cigarettes.
According to research, Sweden has the highest consumption of pouches and the lowest smoking rates in Europe.
Tellingly, the Swedish rate of tobacco-related lung cancer for men is less than half the European
Union average.
Compared with many of the oral products used in Africa i.e. Sudan’s Tumbak, Sweden’s smokeless tobacco pouches or snus have low levels of carcinogens and other toxicants.

The Bill’s nicotine tax proposals send the wrong message about harm to smokers. Significantly
less risky nicotine products are being hit with a 100% tax increase, while some tobacco products
such as cigars are seeing a 4% drop.

Just as pointed out by Dr. Michael tobacco-free Oral Products have the potential to be even less harmful than snus.

An urgency in the push for containing zero tobacco, the composition of oral nicotine pouches means they have amongst the lowest risk profiles of available alternative nicotine products, close to that of medically licensed nicotine replacement therapies (NRT).

Dr Michael and his team CASA has identified a need to set up a Stop Smoking Department in the Ministry of Health by government that will be mandated with ensuring there is both physical and psychological assistance for the smoking culprits who would love to quit.

Through offering therapy and this other less toxicant nicotine options to assist curb the high numbers of deaths witnessed due to the harmfulness of the tobacco causing cancer among its users.

A move that will empower the younger generations that is rampantly falling victim for use of these unregulated tobacco products that are highly accessible.

Perhaps seeming to be a connection between that and the high rates of unrest scenarios in the high schools and campuses, urging for an explanation of how the tobacco is processed to its users, sensitization with an aim to create awareness that there is an alternative less harmful within reach.

For those willing to quit the addictions, offering a guidance and support system that will influence a healthier tomorrow which means a more productive and wealthier tomorrow.