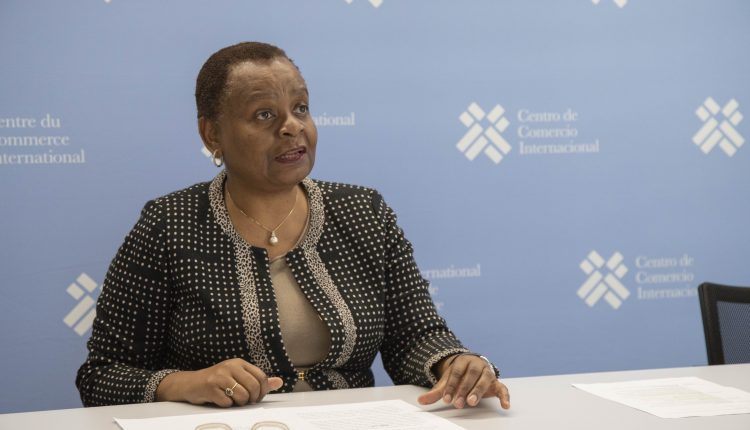 African trade experts have called for the swift implementation of the African Continental Free Trade Area (AfCFTA) to lift Africa out of an economic downturn caused by COVID-19.

Speaking at a trade forum in Dakar, Senegal, AfCFTA Secretary-General Wamkele Mene said that the pandemic had, for the first time in 25 years, caused a contraction of GDP of between 2 to 5% in sub-Saharan Africa.

‘This decline will manifest itself in reduced exports and loss of employment, among other challenges,’ said Mr. Mene. ‘However, it is projected that the implementation of the AfCFTA will boost intra-Africa trade by $35 to billion, increase value-chain development across all sectors, enhance the competitiveness of industry and reduce the trade deficit by 50%.’

Dorothy Tembo, Deputy Director of the International Trade Centre (ITC), a joint agency of the World Trade Organization and the United Nations, said: ‘The continent must work toward operating as one trade bloc by 1 January 2021’.

‘ITC is fully engaged in helping the African private sector to convert opportunities offered by the AfCFTA into concrete business transactions,’ she said. She also announced the launch of ONE TRADE AFRICA, anew ITC programme to unlock the full business potential of the AfCFTA targeted at micro, small and medium-sized enterprises.

‘The AfCFTA must be an engine for growth as much as an engine for inclusion. This is also about leaving no one behind and fulfilling the Sustainable Development Goals by 2030,’ said Ms. Tembo.

She said that, as for any regional integration process in the world, it takes time to design the conducive ecosystem, adjust and strengthen institutions, build the right trade infrastructures and empower the citizens to play an active role and access opportunities offered by the single trade area.

Mr. Mene said the AfCFTA was working with partners to develop a vibrant programme for small and medium-sized enterprises (SMEs), with a particular focus on women and youth. It is estimated that informal traders and SMEs undertake 30 to 40% of cross-border trade in Africa.

Sharing a similar perspective, Mr Samba Ndao, Secretary General of Senegal’s Ministry of Trade, Small and Medium Enterprises said the “AfCFTA is an instrument of regional integration, a ramp towards constructive globalisation and inclusive economic and social development.”

Also speaking at the forum, Amaury Hoste, European Union Delegation Team leader, said: ‘The European Union is the brainchild of regional integration, and believes that SMEs can do much if the environment is favourable.’

“We as ECOWAS remain committed to facilitating intra-African trade by streamlining customs and administrative procedures as well as regulations in the region,” said ECOWAS Commissioner Tei Konzi.

Mr. Mene said that African customs administrators and other trade facilitating and regulatory authorities are critical players in ensuring the seamless flow of trade on the continent.

‘With this in mind, the harmonization and coordination of customs operations and border agencies cooperation is a priority for the AfCFTA,’ he said.

‘It incorporates investment, compensation, intellectual property and e-commerce,’ he said. ‘We know from empirical evidence that the African market combines a GDP of $3.4 trillion and a population of 1.3 billion people.’