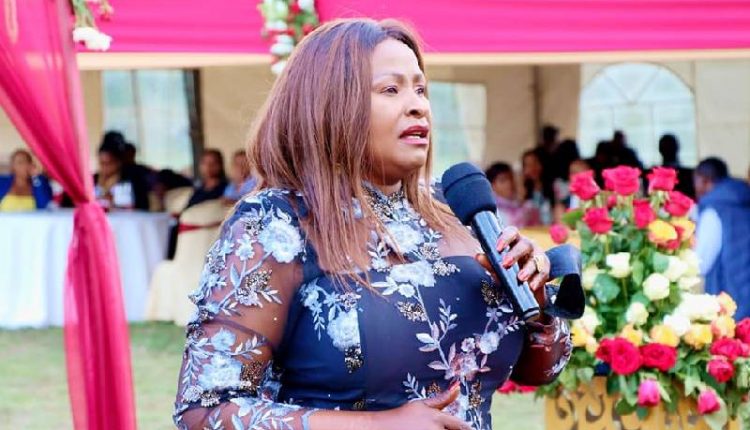 Wavinya Ndeti has officially resigned as the Transport Chief Administrative Secretary (CAS) to focus on her political ambition.

Speaking during a press statement in her office, Wavinya said she will be vying for the Machakos County governor seat in the August 9 General Election.

“To the great people of Machakos County, I am coming home to fill the great leadership void, I am ready and available to walk with you on the journey of social economic transformation” she said.

Wavinya said that her vision is to serve the people of Machakos so that they can be able to sustainably exploit their natural and creative resources to their full potential.

“I am fully aware of the challenges on the ground, I am armed with a strong resolve to put our county back on the path to prosperity.” she said adding that she will transform the county to a model of excellence in good governance and economic prosperity.

Her resignation comes a few days ahead of the deadline issued by Head of Public Service Joseph Kinyua, requiring public servants seeking elective offices in the forthcoming general elections to have resigned by Wednesday next week.

She will be contesting for the Machakos Governor’s seat for the third time after having been unsucesfull in 2013 and 2017 where she lost to Governor Alfred Mutua.