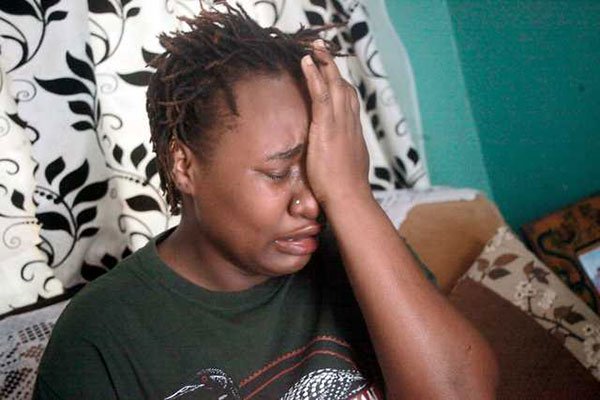 For eight months, Ms Loureen Awuor sought antenatal services at Utange Medical Centre in Mombasa, where the health workers assured her that her unborn baby was doing fine.

Ms Awuor, 23, and her husband, Ken Murimi, 29, were expecting their firstborn. They even chose a name, Gabriele; bought clothes, diapers and all the necessities to welcome their baby.

Their relatives, friends, neighbours and even medics at the facility were happy for the couple. “We were over the moon when we realised that we were expecting our firstborn. My stomach was so big that you would have thought I was carrying twins.

“Whenever I went for antenatal care, the medics at the facility assured me that the foetal heartbeat and weight were normal,” Ms Awuor recalled.

The medics even gave her all the essential drugs and supplements recommended for expectant mothers, and even some to prevent her from vomiting. “I paid Sh1,000 for the drugs and injections per visit,” she said.

All was well until June 17 when she was booked for a scan at the facility. But her husband insisted they go to Coast Provincial General Hospital (CPGH).

“After all, it’s the largest facility with the best specialists. I wanted her to give birth at CPGH using her Linda Mama, a free maternal healthcare service provided by the government, which she had been using at clinics,” Mr Murimi said at their home in Utange.

On July 19, Ms Awuor went for the scan, but she almost fainted when doctors at CPGH told her she was not pregnant.

The family is now distraught that medics at Utange Medical Centre “lied to them that she was pregnant”.

Her expected date of delivery was July 27, and they had even made a booking for her.

“I started attending clinic on October 21. My due date was July 27. A gynaecologist at CPGH asked me why the medics at the Utange Medical Centre lied to me and even gave me drugs, but I still don’t have an answer.

“What they did is inhumane, barbaric and uncouth. If they did this to me, what other ills do they commit against other patients?” she wondered.

Her husband wants the county administration to take stern action against the facility. “The county health department has failed Mombasa residents by allowing such a facility to operate. Are the medics licensed?” he asked.

At the same time, gynaecologist Ramadhan Marjan, based at Pandya Memorial Hospital, said the condition is known as false pregnancy.

Dr Marjan said the condition mostly affects women who crave for children. “These are people who are very anxious. They want to get pregnant. In many cases, they see all their age mates with children and their body reacts in such a way that they even miss their periods.

“They experience everything a pregnant woman experiences, including morning sickness and a distended belly (but it is only gas),” he Marjan.

He said that sometimes the ‘expectant’ mothers are unsure what they have; they cannot feel the babies because they are naive.

“But when they have a pregnancy test it turns out negative. It is not every easy to determine until you see the heartbeat, which is around six weeks. It appears like a growth in the initial stage.

“In this instance, the women expect to see a baby but a medic will find it empty. But some of them are so convinced and they will come with all manner of stories,” he added.

Dr Marjan said inexperienced medics will not easily realise the condition. “They will feel the distended abdomen but because of the workload, they cannot ascertain the cases. So the medics just assumed she was pregnant.

“It is in such cases that some women steal newborns. But an ultrasound is the best test to determine the condition.”