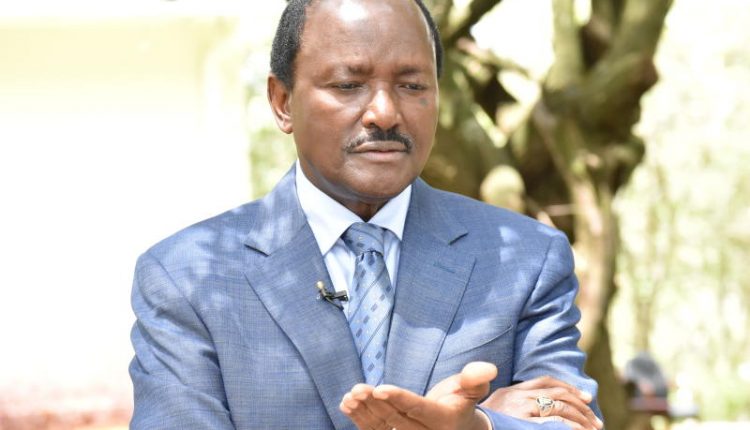 Kalonzo Musyoka assures the citizens and fellow party members of his return to the Azimio-Oka and will be campaigning for the coalitions win.

Speaking to the media the wiper party leader addressed the issue of division stating that he is fully accepting the role as the chief minister he has been assigned in the Azimio coalition party.

Further committing himself to the Azimio Oka campaigns urging his fellow politicians and citizens that this race to the August polls is a major one that must be won.

“We are in this race to win and form government not if we win,” he reiterated with humor.

The Wiper Party Leader even though had earlier on selected a running mate and planned his run for the August polls as the presidential candidate now squashes his ambitions.

Kalonzo went on to acknowledge Martha Karua’s selection as the running mate urging that it’s the best move for the coalition.

Citing that having done consultations with the clergy, party leadership, and numerous close colleagues have assisted in his decision making and he’s fully in Azimio la Umoja from now onwards.

Assuring the nominated running mate senior council Martha Karua that she has his full unequivocal support.

A New Dawn for the Wiper Leader

The former vice president has faced several hurdles in the political terrain that some may say have impacted his political carrier positively while others may argue it out as negatively.

However, what’s interesting is how the Wiper Leader manages to gain control and attain slots in each and every government formation for the last two decades.

Hailing from the Kamba land, Kalonzo is a major character when it comes to voting alignment from his prowess to move a crowd and deliver his intentions to the citizens appropriately.

Currently looking forward to a promise of being the chief minister once the Azimio coalition wins the August polls, the former vice president has his head up, promising to garner several votes for the coalition which will ensure them a win.

The party leader’s decision has been highly awaited by several political big wigs as there were rumors earlier on of his probability to join the main rivaling party United Democratic Alliance.

Today a clarification has been done as he stated that he’s officially in the entourage of the Azimio-Oka Campaign which is a win-only race for the coalition with no other option.

Gideon Moi at the address stated,  “today you kalonzo have subordinated your dreams for the sake of the people of Kenya, for me it was easy to stand by you, to be your friend and your brother simply because of your character.”