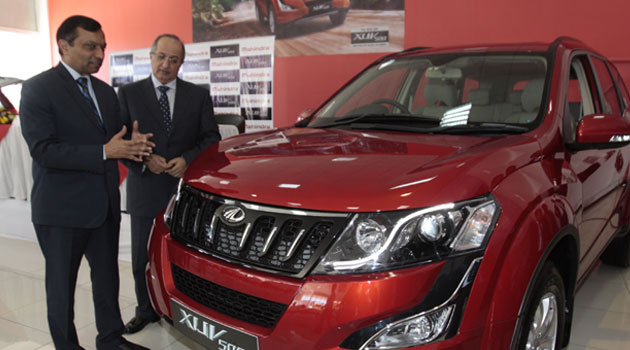 Car lovers’ craving for sport utility vehicles (SUVs) has been on the rise in the last decade and automakers continue to up their game to capitalise on this trend.

The growing demand, according to analysts, can be explained by the favourable auto market as the economy ticks along coupled with the growing number of middle class Kenyans with disposable incomes, leading to the rising demand for luxury sports cars.

Driven by this SUV craze, car manufacturers are exploiting this huge demand and India’s Mahindra Ltd, not to be left behind, has opened a regional office in Nairobi. The office is the first in East and Central Africa although the company has been in operation in Kenya since 2012.

Mahindra, a US$16.9 billion multinational group, is best known for the manufacture of tractors, utility vehicles, IT utilities, financial services and vacation ownership.

Late in the 90s, Mahindra vehicles from India were used as police vehicles in Kenya but they would regularly break down because they were not fit for the tough motoring conditions and terrain.

But 25 years later, the group has decided to make a comeback with the automatic variant of the New Age XUV500 in a bid to sink its teeth into the Kenya market.  This also becomes the first country in Africa where this vehicle is being launched.

Dubbed by the maker as the “new ‘cheetah’ in town”, Mahindra’s New Age XUV500 is as beautiful as it is powerful. It is an upgrade of the XUV500, first launched in 2011. Since then, a staggering 150,000 units of the cheetah-inspired SUV have been sold.

This high-end automobile is going to intensify competition for other SUVs in the country like the Chevrolet Trailblazer, Porsche Macan, Range Rover Sport, Captiva and Jaguar F-type, which are being sold by General Motors East Africa.

Your first sight of this car will leave you amazed. The cheetah inspired vehicle has the right combination of curves and straights that make you believe that the stylist was clearly motivated.

All that, coupled with 17 inch alloy rims, pronounced wheel arches and an electric sunroof make this car as glamorous as it could be.

As much as the exterior is amazing, the interior is even more splendid. The car is designed for luxury and comfort. It features leather seats, ice blue lounge lighting provides a relaxing ambience, cruise control, illuminated scuff plates and sporty aluminum pedals. Furthermore, the car has a push-button start/stop that makes it a step out of the ordinary.

This car is not all about beauty. In terms of performance, Mahindra have not faltered. It’s powered by a 2.2 Litre mHawk Engine that delivers 140 Horsepower and an impressive torque of 330Nm.

Furthermore, the engine is coupled to a 5th Generation Turbocharger that ensures instantaneous acceleration, taking off from 0-60 Kph in 5.4 seconds.  Additionally, the SUV is equipped with racing inspired twin exhaust and sporty aluminum pedals, giving it a sporty appeal.

The car has a 6-speed automatic transmission gearbox and is available in two variants. First, there is the all-wheel drive which is suitable for rugged terrain and slippery roads. Two additional uphill climbing modes combined with off-road suspension ensures the New Age XUV500 automatic takes on sloppy terrains and rocky roads effortlessly.

In terms of technological features, the dashboard is equipped with all kinds of electronic controls and a screen for the reverse parking camera which ensures hassle-free reversing.

Safety was a major consideration in the design of this vehicle. This is evident in the many features that include six airbags that provide safety for the driver and all other occupants of the car in the event of a crash. The car also has all-wheel disc brakes and ABS with Electronic Brake Force distribution (EBD) which reduces the braking distance substantially.

Thirdly, the car has an Electronic Stability Programme (ESP 9) with rollover mitigation — this is an innovative feature that monitors the movement and direction of the car and when it detects loss of control, brakes are automatically applied and torque to the relevant wheel is reduced until vehicle stability is restored.

The Mahindra manufacturers have not held back in this comeback and this SUV is surely going to win the hearts of discernable motorists.

I sold my wedding ring to raise cash for business