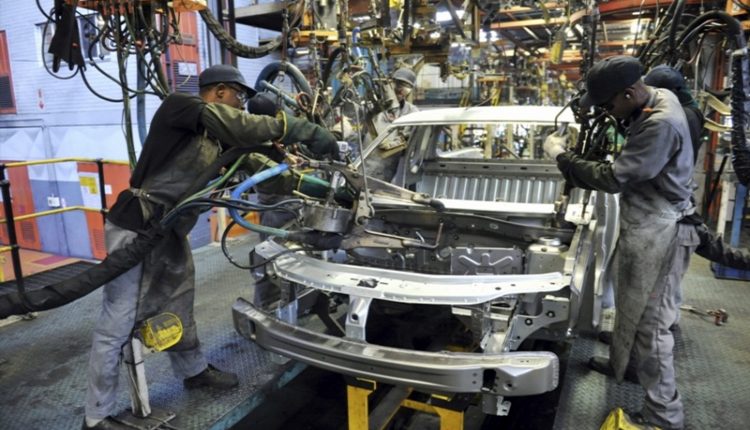 The significance of manufacturing to any economy in the world cannot be understated. Many economic development success stories owe a great deal to the role of the manufacturing sector. However, the story has been less than impressive in Kenya over the last few decades.

Growth trends have shown that the country’s manufacturing sector has remained stunted and it’s immense potential underutilized. This has undermined its intended impact on the economy.

According to the Kenya Association of Manufacturers (KAM), the performance of the manufacturing sector has been weak and has failed to keep up with developments in the region and globally. Its share of the GDP was the same in 2015 as it was in 1965, declining since 2010 to a low of 9.2 per cent by 2016. Kenya’s GDP stands at more than US$70 billion. The manufacturing sector therefore contributes an average of up to US$7 billion of the total GDP, an amount that cannot be overlooked.

A segment of manufacturing in Kenya that has not received deserved attention is the locally assembled motor vehicle sector. The sector plays a significant role in building the country’s economy, essentially through the transportation of goods and people, and the formulation of intricate value chains that create employment and business opportunities for thousands of Kenyans.

However, compared to other countries, vehicle assembly in Kenya still has a long way to go, to compete at global levels. Drawing comparisons with other nations that have heavily invested in local vehicle assembly, the growth opportunities are immense and the return on investments is unquestionable.

It is encouraging to see that the Kenyan government has prioritized the growth of manufacturing in the country through the Big Four agenda. Local motor vehicle assembly can strengthen Kenya’s manufacturing potential and help achieve tremendous growth through favorable industry regulations and policies.

Examples from other markets where the motor industry has achieved great strides continue to demonstrate that government support is a critical component of their success. New investment laws set by governments have favourably influenced the rise of the automotive industry in some countries. For instance, foreign car companies setting up shop in Morocco today benefit from a variety of incentives, including a five-year corporate tax holiday, VAT exemptions, and land purchase subsidies.

In measures to attract more investors into the motor vehicle sector, the Kenya government in early 2017 announced a reduced corporate tax rate of 15% down from 30% for the first five years of operation, for new vehicle assemblers. However, it was not made clear how this measure would apply to existing assemblers, who have already made significant investments in the business.

Currently, as per the Kenya National Bureau of Standards (KNBS), used cars make up about 80 per cent of vehicles imported in Kenya on an annual basis. With such high numbers of second-hand cars, the market for locally assembled vehicles is undermined, constraining its growth.

Ironically, we currently boast of three automotive plants in Kenya capable of assembling 30,000 units per year (on a single shift) but they’re operating at just about 33 per cent of their capacity. A policy to discourage the importation of second-hand vehicles will achieve beneficial impact on local assembly. Its gratifying to note that Kenya’s recently formulated automotive policy framework proposes to impose further age limits on second-hand vehicle imports, from eight to five years.

To demonstrate the effectiveness of this bold policy move, in 2013, Nigeria passed a new tax regulation for second hand cars to discourage vehicle importation and encourage local production. The Nigerian Government introduced steep tariff rates of up to 70 per cent on imported Fully Built Units (FBU), 10 per cent on Semi-Knocked-Down Units (SKD) and 0 per cent on Completely-Knocked-Down Units (CKD).

After this bold move, PWC released a survey titled ‘Africa’s Next Automotive Hub’ that predicted by 2020, Nigeria’s impressive GDP will be the 16th largest economy in Africa and the 9th largest economy by 2050 characterised by a large consumer base with ever increasing purchasing power driving the demand for locally assembled automobiles.

In Thailand, according to a survey of members of the Auto Parts Club and TAPMA, the industry employs more than 500,000 people. In Egypt it creates 86,000 direct and indirect jobs. In Malaysia, the automotive workforce is also anticipated to increase, with more than 29,000 new jobs expected to be created in 2018 employing more than 755,000 people.

Foreign Direct Investment (FDI) is widely believed to be a catalyst that promotes economic development. As many countries compete to attract FDI, it becomes important for the policy makers in the country to understand the effect of FDI on productivity. A robust local vehicle assembly automatically attracts numerous Foreign Direct Investment in the direct or indirect support of the industry.

Through the sixth TICAD conference which took place in 2016 in Nairobi, Japan has looked at mobilizing support for Africa’s socio-economic development underscoring the spirit of “African ownership” and “international partnership”. Numerous benefits come along with FDI: Job creation, technology transfer to support industrialization, skills training for local youth, manufacture of products suited for the region as well as support for research and innovations.

The local vehicle assembly industry is capital intensive and requires long-term planning on regulatory issues. Thus, a favorable policy regime is critical to drive growth. This industry represents one of the biggest business opportunities over the coming decade that will provide employment opportunities, reduce the wage gap and consequently grow our GDP.

This growth is fundamental to the advancement and expansion of manufacturing in Kenya. Projections are that the auto industry’s flourishing period will take longer than expected. Nonetheless, it’s time the Government awakens the sleeping giant that is motor vehicle assembly sector in Kenya.