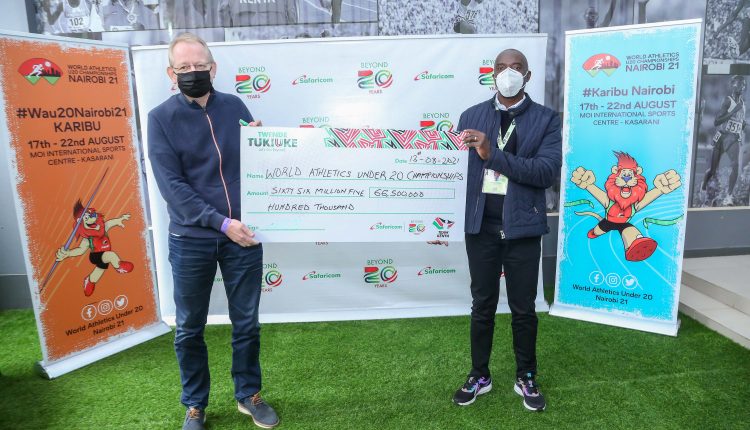 Safaricom has today announced a KES 66.5 million sponsorship for the World Athletics Under 20 Championships, scheduled to take place from 17th  to 22nd August at the Moi International Sports Centre Kasarani, Nairobi.

The sponsorship will cater for internet during the entire event including connectivity at the fully kitted media centre and media tribune. The internet access will also extend to the score recorders’ office, event management office as well as Nyayo National stadium which is reserved as the training grounds, Covid-19 testing and accreditation centre for all the athletes.

“We are thrilled to be supporting this unique event which brings together over 1,000 young competitors from around the world and we hope that the Kenyan participants will draw inspiration from the athletes who represented the country at the Olympics. We look forward to an exciting championship and cannot wait to cheer on the upcoming stars as they go beyond and represent their respective nations,” said Peter Ndegwa, CEO Safaricom.

Kenya will be looking for an improved performance from the 2017 IAAF under 18 championships which were also held at the same venue.  Back then Kenya finished 4th overall and 2nd in Africa after winning 15 medals including 4 gold medals.

Over 1,000 competitors from 128 countries are expected to compete in the global track and field event which was postponed from 2020 because of the COVID-19 pandemic.

Kenya is the defending World Under 20 champions having topped the medal standing in Tampere, Finland in the last edition in 2018.

Safaricom was also among the main sponsors of the Kenyan team at the just concluded Olympic games where the track and field athletes won 10 medals in total including 4 gold medals.