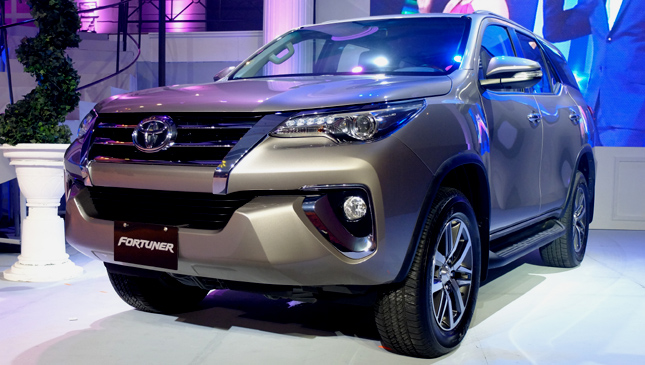 Despite having seven SUVs in its stable, Toyota has decided to add two other models to fully capture the market.

The SUV segment is still the second-biggest in the new car market and everyone wants a piece of it.

In this regard, global car manufacturer Toyota has launched two new vehicle models in Kenya in a bid to maintain its market position.

Seven ranges of the Toyota Hilux, both single and double cab, were unveiled and are expected to compete with the Mitsubishi Pajero Sport and Isuzu D-Max models, while the Fortuner will take on the Pajero Sport, Chevrolet Trailblazer and Ford Everest.

The Toyota Hilux, the best-selling pick-up truck in Kenya, goes into its 8th generation while the Fortuner SUV begins its second generation as it seeks to compete to the top in the pick-up and SUV segments, particularly with General Motors and Simba Colt.

In the SUV range, the Fortuner is positioned above the Toyota Kluger and below the Prado in that line-up.

The new Fortuner has been regarded as the ‘must-have’ model for a Kenyan who needs a luxurious SUV that is tough and powerful, yet uncompromising on comfort.

The Hilux model has been one of the best-selling brands for Toyota Kenya, and it currently enjoys the highest percentage in the 4X4 pick-up market segment.

The sale of pick-ups has been fuelled by increased infrastructural activities and an agriculture boom. On the other hand, growth in the luxury SUV market has been driven by county government leaders and an increasing number of multinationals setting up shop in the country.

Toyota Kenya Managing Director Sachio Yotsukura said the new Hilux and Fortuner models have been designed specifically for Kenya in response to changing personal preferences and lifestyles, and in line with infrastructural, technological and agricultural advancements.

The new models come with fresh new designs, new technology and better performance, which has been a strong point of the Toyota brand for decades.

The Hilux model has maintained its popularity in Kenya and has become one of the best-selling models for Toyota Kenya. It currently enjoys the highest percentage in the 4X4 pickup market segment in the country for many years.

“Toyota has indeed redefined what it means to drive a Hilux. It is an experience that not only focuses on performance but also comfort and design, ensuring that you have most pleasurable driving experience while tackling difficult urban and rural terrain,” says the GM.

Based on their showing at the motor show the two SUVs are coupled with a fossil-fuelled rotary engine, a rear-wheel drive, a manual gearbox and a striking unfussy beauty. 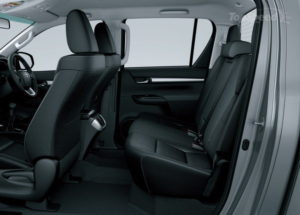 When you think of the last generation Toyota Hilux you think of something basic within agricultural motoring but this new 8-seater pickup is simply much better than it ever was.

The Toyota Hilux, celebrated in Kenya and across the world, is robust, reliable and great off road. It is described by the maker as “the poster child of indestructibility”.

Toyota has indeed redefined what it means to drive a Hilux. It is an experience that not only focuses on performance but also comfort and design, ensuring that you have most pleasurable driving experience while tackling difficult urban and rural terrain.

The Hilux is tasked to appeal to a broader audience both the young and old. The upgrades include a more premium interior, a stiffer chassis and a more efficient diesel power plant.

The 2.4-litre diesel engine is what you’ll find in the new Hilux, although the 2.8-litre unit that’s available abroad could be offered at a later date. The 2.4 is more efficient than the 3.0-litre unit it replaces, and the 295lb ft of torque available in the new engine is more than the old one, too, but it doesn’t match that of the Navara and L200. Even so, the Hilux out-tows an L200 with its 3500kg limit.

The all new Toyota Hilux and Fortuner will be available at all showrooms nationwide starting this month. 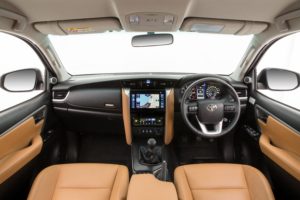 This 7-Seater off-roader diesel charged monster is the alternative preference to the Toyota Kluger, but in real sense this model is much more rough and ready than the Kluger.

The interior has taken a massive step up in class and quality over the old generation with new soft touch materials from the seats to the fabric on base models with a bit of a public transport touch to the design but the cloth seat covering is tasteful and has a premium feel.

It has a more distinctive, sleek yet bold and powerful design with an impressive exterior allowing it to fit perfectly in the bush while exuding the good looks for city streets

Additionally, the ground clearance has just been raised for the Fortuner at 225 mm, which is an improvement from the previous model, an approach angle of 30 degrees, a departure angle of 25 degrees and a wading depth of 700 mm.

The final ace up the sleeve for this model is the Engine — it isn’t as simple as the diesel powered Kluger or the 7-seater Hilux. It ends up somewhere in the middle of the two which many buyers will love. It is powered by the same 2.8-litre four-cylinder turbo diesel engine, a new-generation global engine that has been developed to be lightweight, quiet and fuel efficient, while having a relatively high output of 130kW and 450Nm.

It is a must-have model for a Kenyan who seeks a luxurious SUV that is tough and powerful, yet uncompromising on comfort. The new Fortuner has a more distinctive, sleek yet bold and powerful design with an impressive exterior allowing it to fit perfectly in the bush while exuding the good looks for city streets.

Unlike the Everest, with which it shares some components, the Fortune’s cabin is much more stylish and refined.

There are some elements which the Fortuner’s cabin shares with the Hilux such as the air-conditioning controls, screen and steering wheel, but overall Toyota has given the seven-seater’s cockpit its own look.

If you want a tough and durable off-roader to carry your family, the Fortuner is definitely worth the drive. 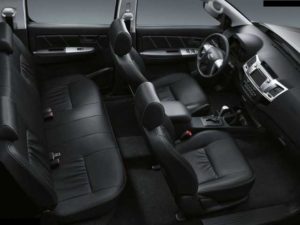 Dana: The Uber of the courier world