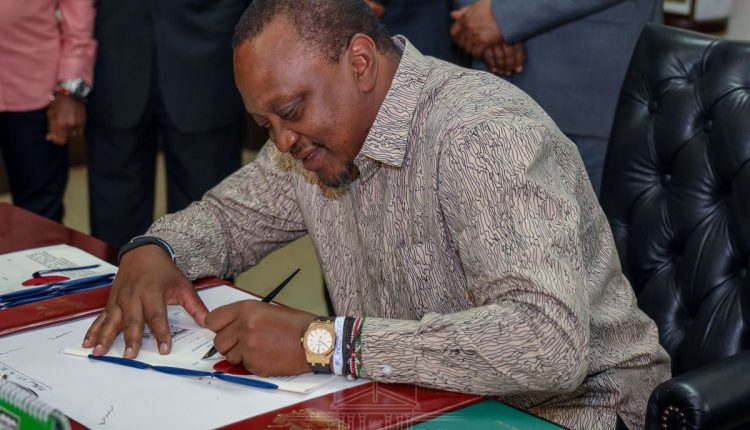 With less than three weeks to the General Election that will mark the end of his term, President Kenyatta has made 142 appointments to the boards of various government agencies.

The appointments are contained in the latest issue of the Kenya Gazette published on July 8. Although within the law, the timing of the appointments so close to the end of his tenure raises eyebrows.

They also stand out in that, as opposed to others before, they do not mainly comprise defeated politicians who often fall back to such appointments when they fail to clinch political seats. They include appointments to the councils of various public universities, which have been operating without proper composition of the key decision-making organs.

Among the notable appointments is that of Prof Karuti Kanyinga, who has been appointed to chair the Universities Funding Board of Trustees for three years. The appointment was gazetted by Education Cabinet Secretary George Magoha who also appointed former Kenya National Examinations Council (Knec) boss Mercy Karogo to chair the Council for the Kenya Education Management Institute. Felix Odimmasi and Joyce Wanjiru Kanja were appointed as members of the council.

Mr Kenyatta has also appointed Prof Julius O Nyabundi to chair Knec for four years. He takes over from Dr John Onsati. The New Kenya Co-operative Creameries Board will have Anthony Lan Njoroge Mutugi as its new chairperson for the next three years.

Former CMC Holdings CEO Bill Lay has been appointed to chair the Board of Trustees of the Water Sector Trust Fund with Mbatia Kimani, Kevin O Opiyo, Musa Ndeto and Dr Mary Wambui being members.

The University of Nairobi council will be chaired for the next three years by Prof Miriam Were, who will take over from Prof Julia Ojiambo. Another veteran academic, Prof Shem Wandiga, has been appointed chairperson of the Jaramogi Oginga Odinga University of Science and Technology council for three years.

Other appointments are Dr Stellah I. Onyiego and Michael Mutembei Kibutha as members of the Kenya Institute of Mass Communication board.

John King’ori Wahome has been appointed to the Kenya Broadcasting Corporation while Stephen K. Cheboi and Timothy Muasya Kitenge will join the Kenya Yearbook Board.

By Nation for The East African Business Times.